In addition to their function as veterinary drugs, antibiotics can be used as growth promoters in livestock breeding. As a consequence of incorrect or illegal use, drug residues in food of animal origin such as meat, milk or eggs can remain.

Because of the potentially carcinogenic or toxic properties of antibiotics the consumption of contaminated food bears a health risk. Additionally, the inappropriate use of antibiotics in animal husbandry and food production is suspected to promote multi-resistance of pathogen bacteria. For these reasons. Maximum Residue Limits (MRLs) and monitoring programs have been established in many countries. 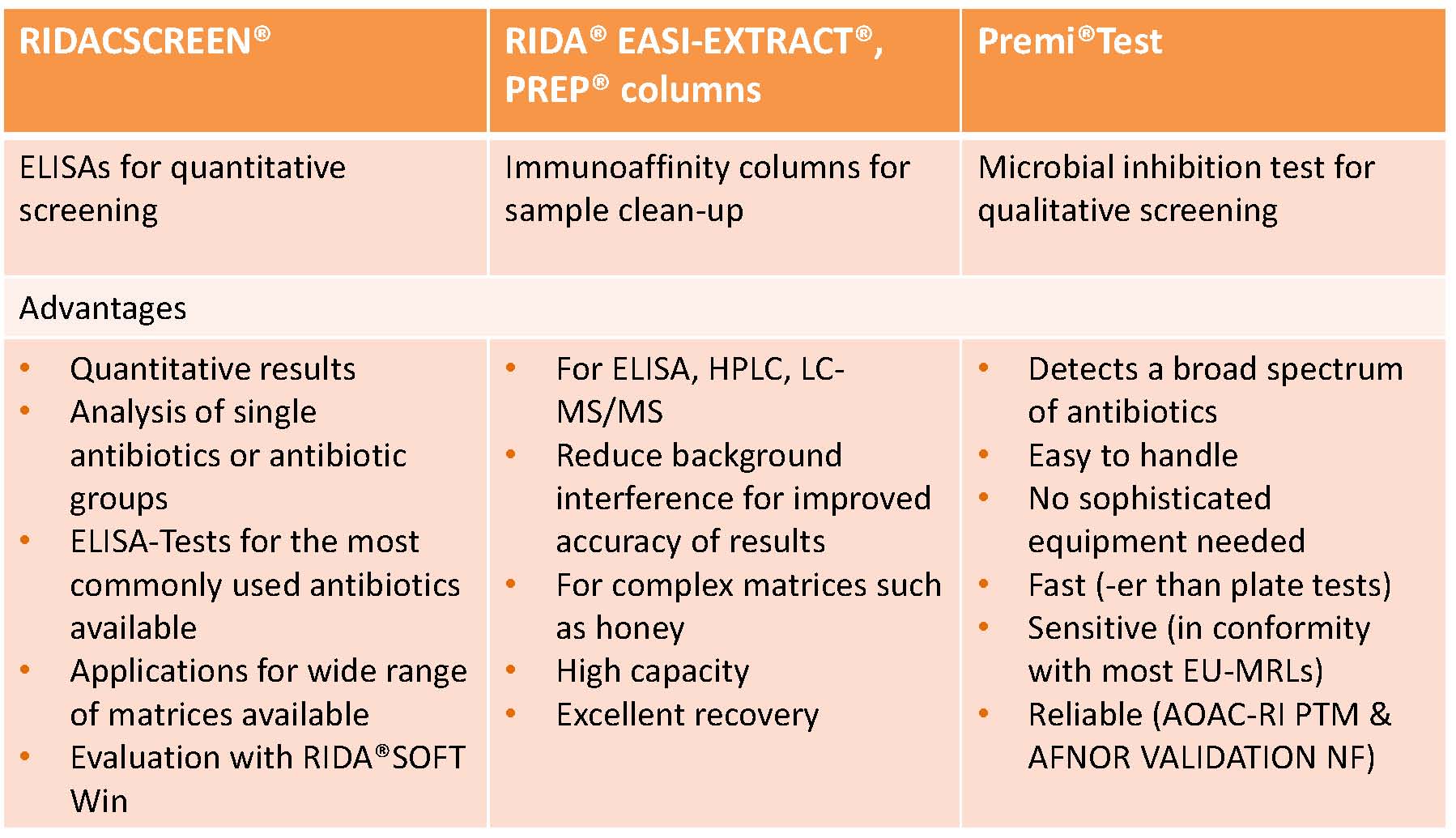